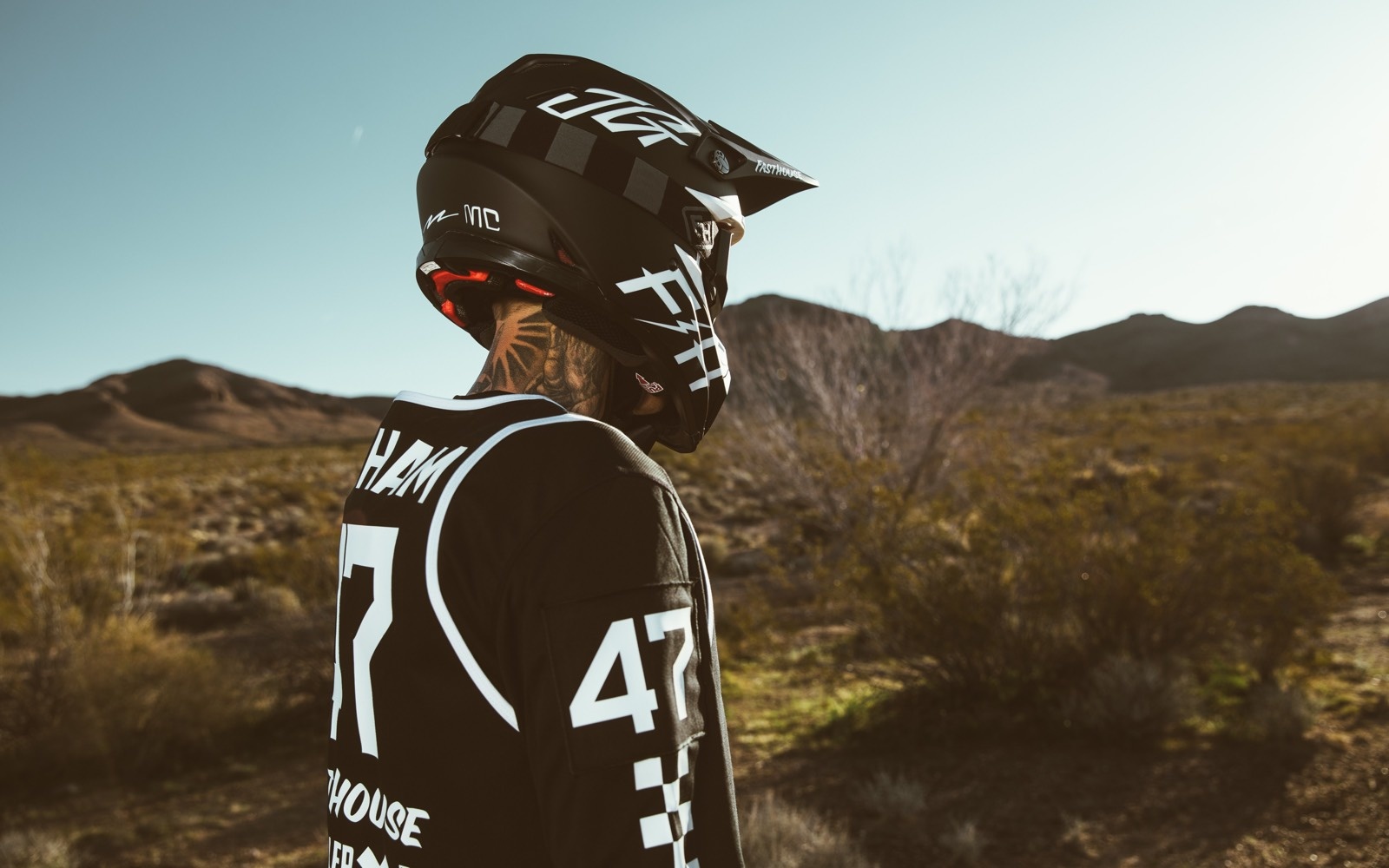 We met about six years ago through work, but we have about a million mutual friends from over the years. I always looked up to Carey as one of the top freestyle guys out there.

It was just a matter of time before their paths would cross. They finally met at Airtrix, where Jordan had a gig painting helmets and motorcycles at the time.

We both ended up signing a deal with Indian Motorcycles and got to know each other from there. I was racing V-twins and he was just getting into it. Then we started racing Hooligan stuff, hanging out – even built a track at his house.